Prior to founding KSC, Kim served as the Community Education Coordinator for the School District of Rhinelander, the Tourism Manager for the City of Sheboygan, and the Chamber Director for the Rhinelander, Tomahawk, and the West Bend chambers of commerce.  She also served an Executive Assistant for 13 years.

Kim began KSC from her dining room, providing digital communications services and virtual administrative assistance to a small group of clients.  In January 2016, she rented a one-room office in Downtown Rhinelander and welcomed her first colleague.

From the beginning, Kim has focused on providing excellent and highly responsive customer service.  As KSC and the team grew, Kim focused on serving our clients ~ and each other ~ with respect, empathy, and open and honest communication.

Kim loves traveling the backroads for client meetings while enjoying a favorite song or listening to an audio book.  She's also a tech geek, and is always looking at new technology and strategies that will best serve KSC's clients.

Kim has been married to her best friend, Mike, since September 1994.  Together, they enjoy road trips camping, riding their electric bikes, and taking their dog Bobbie for walks. 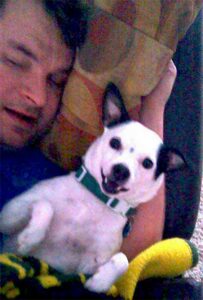